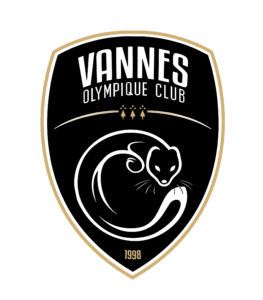 Brian Marwood – Born in Seaham, County Durham, Brian began his career as a footballer. He scored more than 100 goals in 430 appearances for Hull City, Sheffield Wednesday, Arsenal and the England national team. From 1990–1993 Brian held the position of Chairman of the Professional Footballers’ Association (PFA) before taking up a full-time role at the PFA looking after the commercial affairs of players. In 1998 Brian took up the position of Football Sports Marketing Manager for Nike UK. Brian moved from Nike to Manchester City FC in 2009 to be Director of Football. Brian currently holds the post of Managing Director of Global Football and led the process of the research and design of City Football Academy, which has become a benchmark for ‘best-in-class’ football facilities in world football. The Global Football business unit supports City Football Group’s global ambition by delivering the City Football methodology in Football Performance, Human Performance and Talent Management to the Group’s global football franchises.

Could you please introduce yourself and your role in CFG?

I began my career as a professional footballer. I played for Hull City, Sheffield Wednesday, Arsenal and the was honoured to represent England internationally. After that I was the Chairman of the Professional Footballers’ Association (PFA) before taking up a full-time role at the PFA looking after the commercial affairs of players. I then spent just over a decade at Nike before joining City.

How would you describe the project of CFG?

City Football Group is an original model in the world of football, which is the world’s most loved, watched and played sport. We’re very fortunate to have world class owners and investors who are supporting us in building a sustainable global organisation with football clubs and related businesses all over the world, focused on playing attacking, attractive, winning football and developing talented players. We’ve had great success over the past decade with Manchester City, our best known Club, but have also expanded into the world’s biggest markets of the US, China and India and we are extremely excited by the future of global football.

Why an investment in the French football?

We have been interested in French football for a long time and have been monitoring club acquisition opportunities in Ligue 1 and Ligue 2 over the past few years. We were interested in French football for a range of reasons. At CFG, our objective is to play beautiful football, identify and develop grassroots talent and have a permanent presence in the world’s football centres. France is one of the top football countries in the world and we were eager to be part of that community. The DNCG and LFP have created a strong governance system that ensures the long-term sustainability of professional football in France.

We identified Troyes as the ideal 10th club for City Football Group after assessing a range of opportunities. We could see it was a well-run club with talented staff both on and off the pitch with real development potential. These are the strong foundations we want to build on with our new colleagues to build a bright future for the Club.

What are the development plan for Troyes ?

Our short-term focus has been to develop our understanding of the Club and learn from the staff while supporting our Head Coach Laurent Batlles to give him and the team the best chance of success this season. We are in the process of integrating ESTAC into the CFG global network where it will benefit from our expertise and knowledge developed from years of club operations across many leagues. In the long-term, our ambition is for Troyes to be a sustainably run football club that plays beautiful football and continues its rich tradition of identifying and developing grassroots talent.

How do you see current situation for French Football?

We believe in the long-term potential of French football to emerge from the impact of COVID-19 and continue to grow in the coming years.

How did you come to work with Maxime Ray?

We share the same views on the football game. We came to a point of collaboration when we were screening the French market with intentions to bring value on both sides. Vannes OC is an exciting Club with ambitions to be promoted in the coming seasons and a strong willing of professional structuring. Vannes is also a dynamic city with good sport infrastructure and a supporting municipality. It was a natural fit for us to extend our relationship with Maxime Ray and Vannes municipality with this technical collaboration between City Football Group and VOC. We will lead this partnership from our Global Football department to explore areas of mutual benefit with Maxime and his team at Vannes. We look forward to being able to bringing them to Manchester and to the City Football Academy as soon as it is safe to do so.

What type of partnership with VOC?

Our collaboration with Vannes will give us the opportunity to share best practice on talent identification and training methodologies drawing on the expertise of the global CFG network, as well as exploring other areas of mutual benefit across football operations. We look forward to the beginning of a fruitful partnership and hope to get to know the Club and the area of Vannes in the New Year.

What type of gateways between VOC and CFG?

We are at the early stages of our collaboration and we are going to spend some time assessing how we can best help and support each other. We hope we are able to assist the Club across our core areas of Football Performance, Talent Management and Human Performance.